Andrew Ranicki is a Professor of Mathematics at the University of Edinburgh; his area is Surgery on Manifolds, which explores how new manifolds (generalisations of surfaces) may be constructed through the processes of cutting up and re-assembling existing ones. Of tonight’s talk, Andrew writes:

The talk will be a collage of personal reminiscences, photos, videos and readings concerning my father. He was born in Poland in 1920 to a Polish Jewish father and a German Jewish mother. From 1929 until 1938 he lived with his parents in Berlin, where against the odds he acquired a lifelong passion for German culture, especially theatre and literature. He and my mother met in the Warsaw Ghetto, where they married on 22nd July, 1942. From 1948 until 1949 he was posted to London as a Polish diplomat. From 1950 until 1958 he worked as a literary critic in Poland. From 1958 until his death in 2013 he lived and worked in Germany, where he became the foremost literary authority, in print and on TV, being accorded the soubriquet “The Pope of German Literature”. In January 2012 he delivered the annual Holocaust memorial address to the Bundestag, the German Parliament. 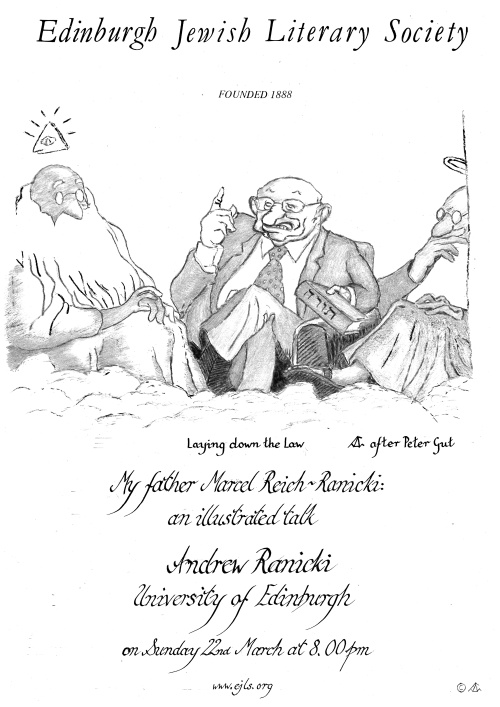