David Bleiman is an independent adjudicator. He has assembled a massive collection of 78rpm records; by playing a few choice items, he will place each recording in its own time and place – whether the early years of Nazi Berlin or the Catskill mountain resorts of New York state – and discuss what the records reveal about their performers and their social context. He will also place each record within his own life story and describe the unusual journeys which these objects have made before reaching Edinburgh. 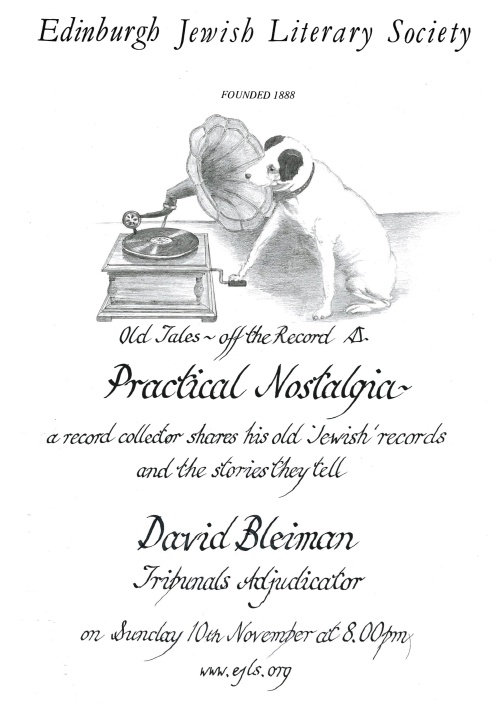 Comments Off on November 10th 2013: David Bleiman: Practical nostalgia – a record collector shares his old ‘Jewish’ records and the stories they tell.