8 March: Ian Black, ‘The Worst-kept Secret in the Middle East’

Binyamin Netanyahu likes to boast about things going on ‘just below the surface’ in the Middle East. What Bibi means is that common hostility to Iran and Islamist movements have forged increasingly close ties between Israel and the Gulf states. Saudi Arabia, the United Arab Emirates, Bahrain, Oman and Qatar all accept that the Jewish state is a permanent feature of the regional landscape, boosting security, trade links and shared strategic agendas despite the lack of the formal peace treaties that exist with Egypt and Jordan. In recent times Netanyahu has appeared publicly in Muscat, capital of Oman, alongside the head of the Mossad intelligence service. Israeli ministers and officials routinely visit other Gulf capitals. And all this has been happening as the prospects for resolving the ever-emotive Palestinian issue appear to be at an all-time low, constraining ‘normalisation’ with Israel.

Ian Black is a Visiting Senior Fellow at the Middle East Centre of the London School of Economics. He worked for The Guardian from 1980-2016 as Middle East editor, diplomatic editor, European editor and Jerusalem correspondent. He has also written for The Economist, The Washington Post and The Observer, and is a regular commentator on Middle Eastern and international affairs for the BBC and many other TV and radio channels. He won the ‘Peace Through Media Award’ in 2010. He wrote Zionism and the Arabs, 1936-1939; Israel’s Secret Wars (with Benny Morris); the introduction to The Arab Spring: Revolution, Rebellion and a New World. His latest book, Enemies and Neighbours: Arabs and Jews in Palestine and Israel, 1917-2017, was chosen as a book of the year for 2017 by The Financial Times, The Economist, The Sunday Times and The Guardian. 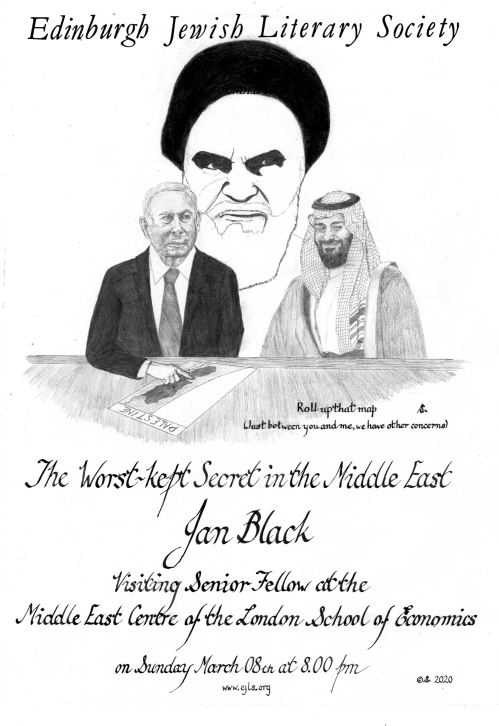