This talk will discuss the practice of wet-nursing in the context of Jewish-Christian relations.  Until the development of formula for infant feeding in the 19th century, wet-nurses were the only safe alternative to maternal breastfeeding.  Generally speaking, more Jewish women needed wet-nurses than there were Jewish women who could provide this service and therefore Jews had to look outside their communities for women who could fill this need.  This raises interesting questions such as the nature of relations between employers and servants across religious and cultural boundaries, concerns about food, discussions about the moral qualities of mothers and wet-nurses and fear of pollution.  It also allows us some insight into the roles women played in establishing links with other women outside their specific culture and adds to our understanding of the complexity of Jewish-Christian relations. 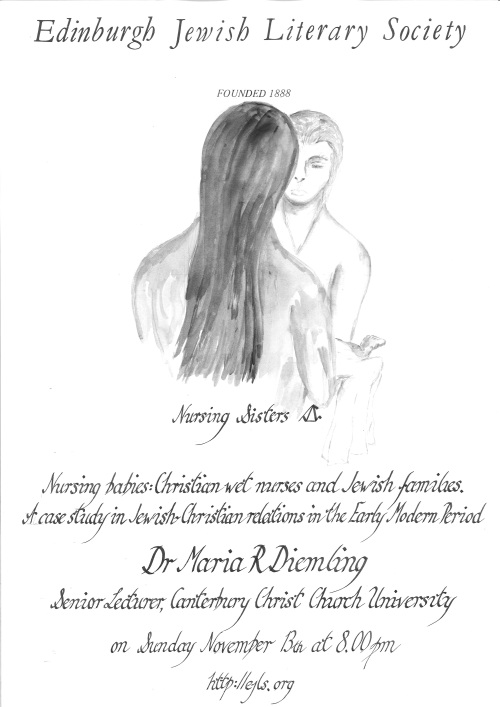